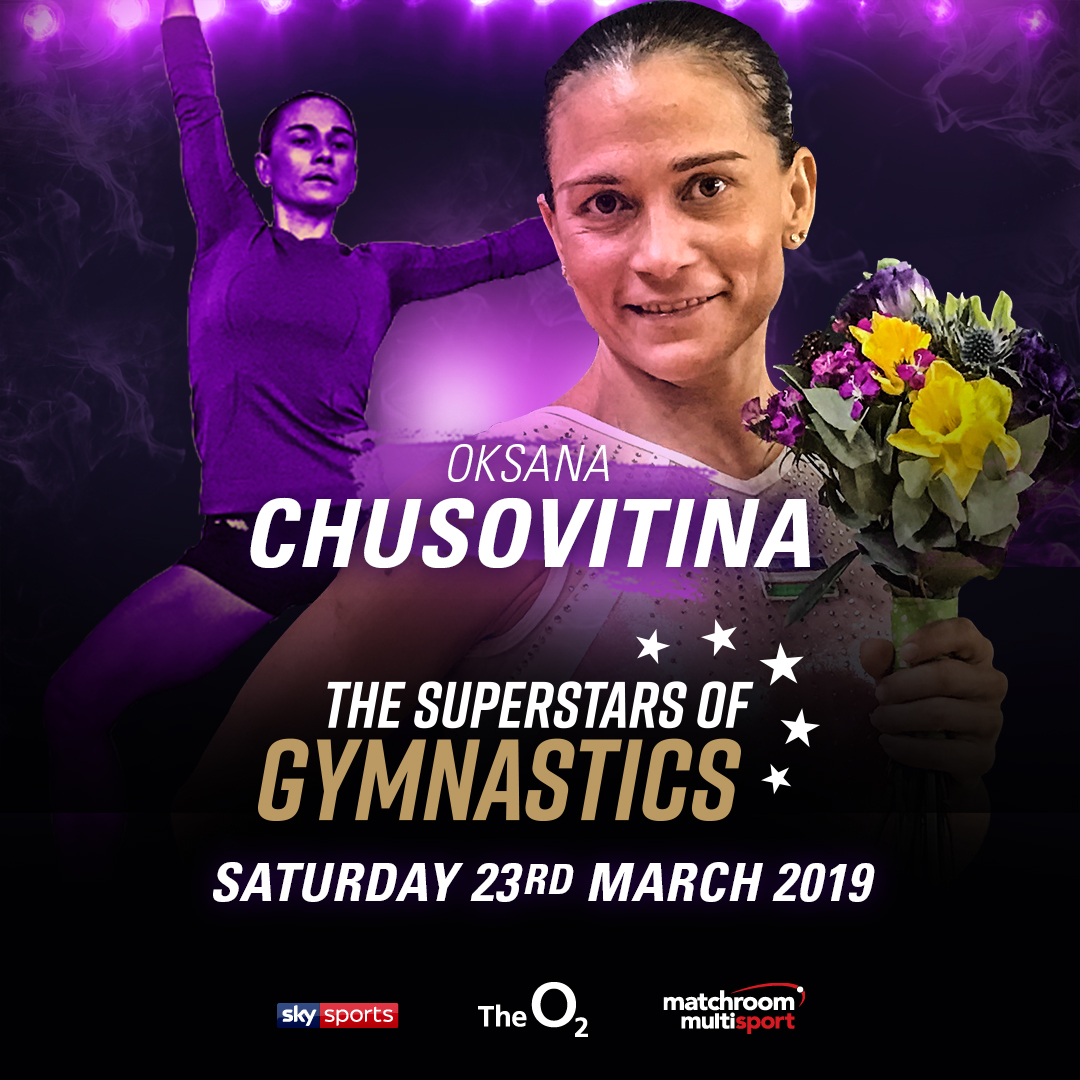 Two-time Olympic medallist and three-time World Champion Oksana Chusovitina has joined the line-up for the Superstars of Gymnastics, to take place over two sessions at The O2, London on Saturday, March 23.

Uzbekistan’s Chusivotina has enjoyed a decorated career spanning over three decades and counts Olympic team gold among her many honours. She took vault silver at the Beijing Olympics in 2008 and is a three-time world champion having medalled on vault (2003), floor (1991) and in the team event (1991). In 2016 she became the oldest gymnast to compete at an Olympic Games at the age of 41.

The news of Chusivotina’s appearance in the Superstars of Gymnastics follows the announcement that Jamaican international Denusia Francis has also joined the star-studded line-up for next month’s event in London. “I am absolutely honoured to be included in this line-up and can’t wait to get creative for my performances,” said Francis.

Led by Simone Biles and Max Whitlock, The Superstars of Gymnastics will showcase the very best in gymnastics talent with the likes of Fabian Hambuchen, Dom Cunningham, Marcel Nguyen, and Elisabeth Seitz already confirmed to appear.