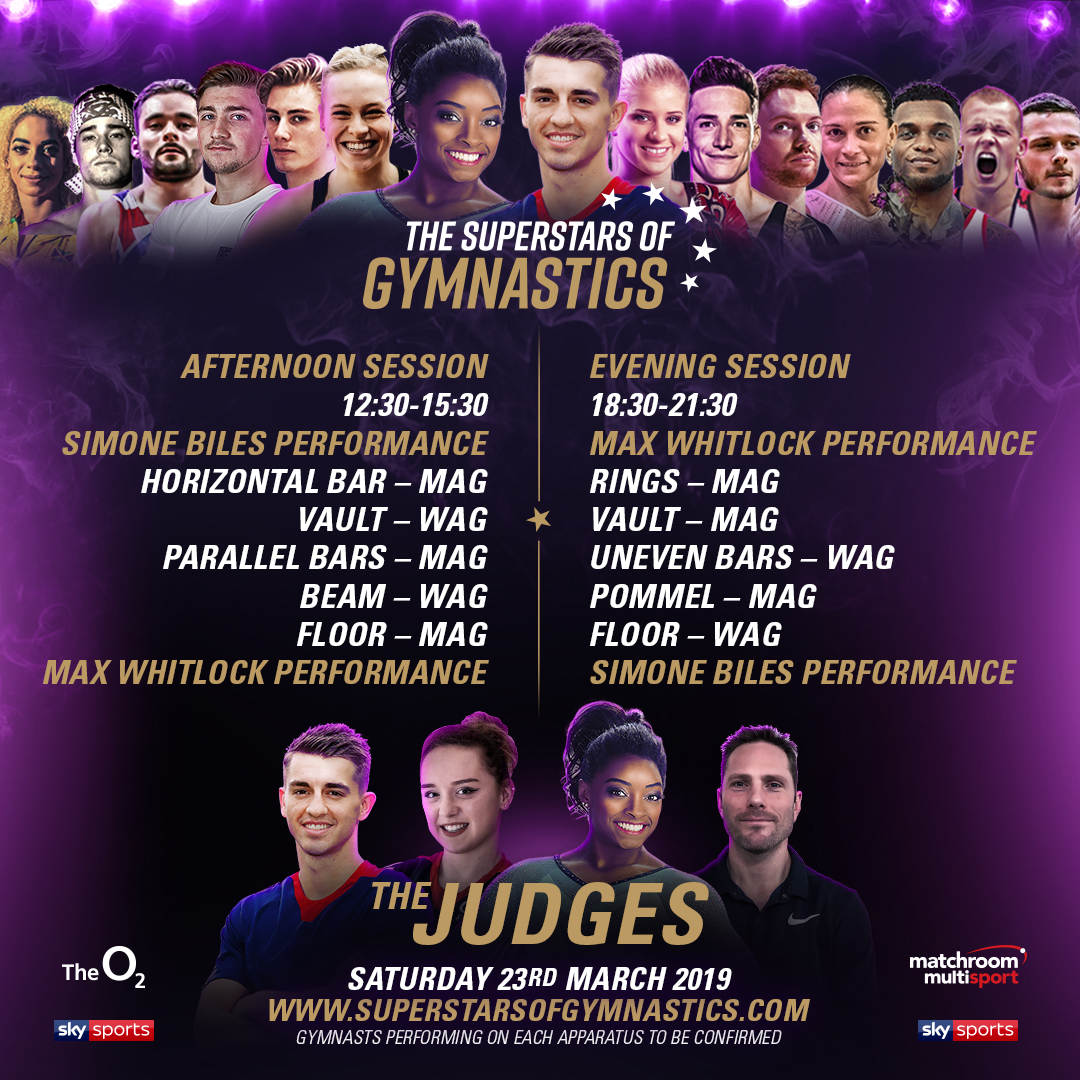 Schedule Confirmed For Superstars of Gymnastics

The apparatus schedule for the Superstars of Gymnastics has been confirmed, with Simone Biles and Max Whitlock both set to perform special routines in each of the two sessions at The O2 on Saturday, March 23.

Biles, who won four Olympic Gold medals at Rio 2016, will open the show at the start of the afternoon session before taking her seat alongside fellow judges Whitlock, Amy Tinkler and Laurent Landi.

The evening session sees the women’s Uneven Bars and Floor events and the men’s Ring, Vault and Pommel before Biles closes the show.

VIP packages are also available priced at £350 for adults and £250 for children. Platinum VIP packages include premium seating within the front three rows for both sessions and an exclusive VIP lounge offering complimentary beer, wine and soft drinks. For more information visit www.superstarsofgymnastics.com