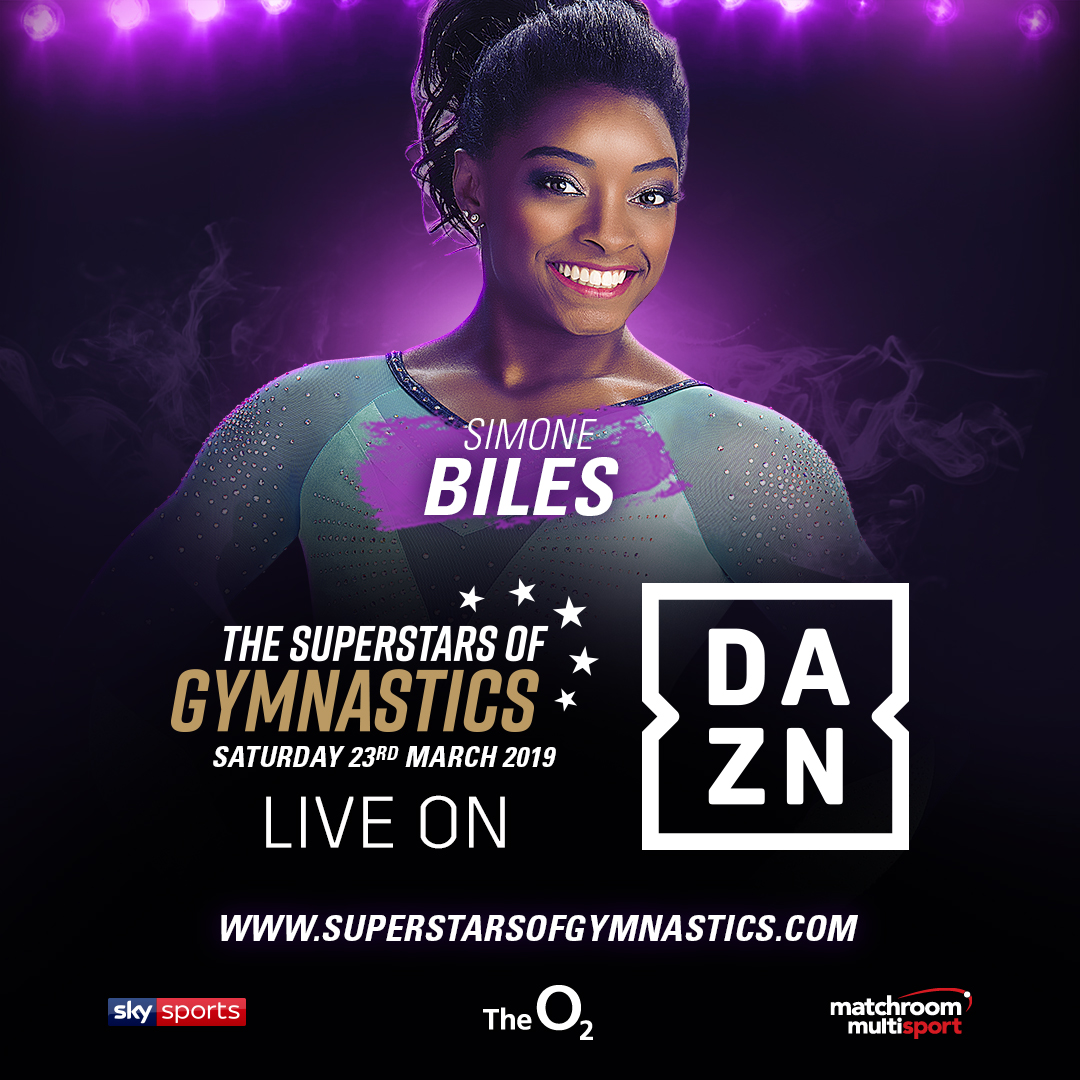 DAZN To Broadcast Superstars of Gymnastics Live In America

The Superstars of Gymnastics, a brand-new event featuring Simone Biles, will be broadcast live and exclusively on the global sports streaming platform DAZN in America on Saturday, March 23, Matchroom Multi Sport is pleased to announce.

As well as broadcasting the event live across America, DAZN will also show the Superstars of Gymnastics live in Canada, Germany, Austria, Switzerland, Italy and Japan.

Barry Hearn, Matchroom Sport Chairman, said: “The Superstars of Gymnastics is going to be an incredible showcase of the best gymnasts from around the world. This is gymnastics simplified with the best athletes performing their best routines.

“Simone Biles is a global megastar and we are thrilled to be bringing her fans live coverage of the Superstars of Gymnastics on DAZN. With Simone both performing and featuring on the judging panel she’s going to have a busy day but we know how excited she is for this brand new event.”

Biles, who won four Olympic Gold medals at Rio 2016, will open the show at the start of the afternoon session before taking her seat alongside fellow judges Whitlock, Amy Tickler and Laurent Landi.

The Superstars of Gymnastics will showcase an exhibition of the very best talent in gymnastics over two sessions live on Sky Sports at The O2, London.