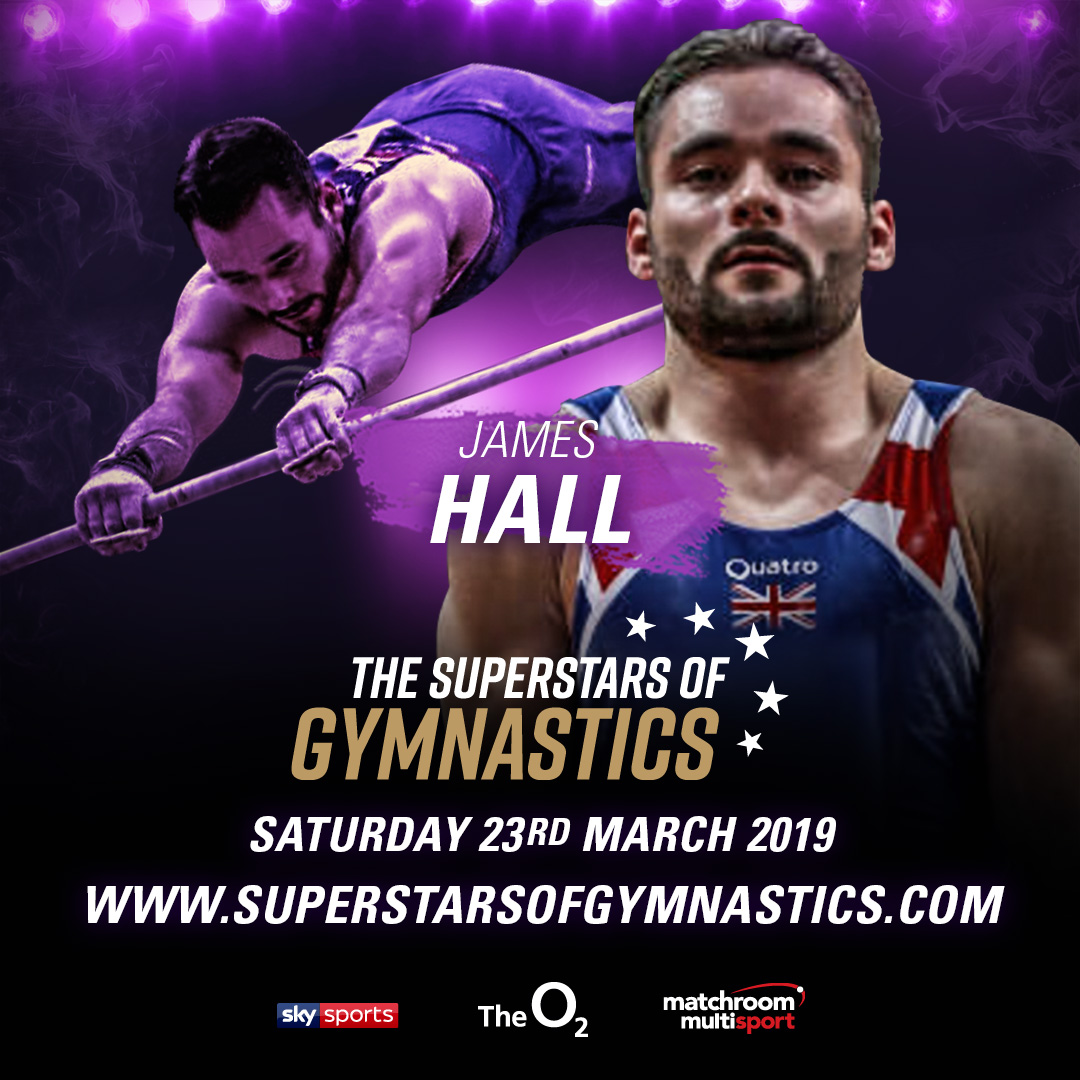 Tripe Commonwealth Games medallist James Hall has joined the world-class line-up for the Superstars of Gymnastics, which takes place over two sessions at The O2, London on Saturday, March 23rd.

The Superstars of Gymnastics will showcase the very best in gymnastics talent with the likes of Fabian Hambuchen, Dom Cunningham, Marcel Nguyen, and Elisabeth Seitz already confirmed to appear.

They’ll be joined by British stars Danny Purvis, Sam Oldham and Jay Thompson as well as Dutch national champion Casimir Schmidt, with many more still to be announced.

“I can’t wait to be involved in the Superstars of Gymnastics,” said Hall. “There will be so many incredible athletes and icons competing and showing the world what gymnastics really is! It’ll be fun and exciting and I can’t wait to be a part of it.”